Merry Christmas I guess? The Islanded Beta is finally here. Don’t expect a lot of new stuff or improved gameplay, this Beta will be a little different from any other similar Betas out there. Just keep reading to understand how the new updates will work, the new time between updates and more!

Islanded Beta 0.10 will be released at:

If you didn’t read it, in the last post I explain the problems with Desura and why Islanded will no longer be regularly updated on the site. Check it out to understand why.

Now that Desura is no longer an available repository for updates and distribution, until further notice, all future updates (including this one) will be available directly from Humble Bundle (for Backers & Supporters) and the Islanded website, under the “Play Now” section.

If you Backed or Supported Islanded using Humble Bundle or Paypal, you should have a private page on Humble Bundle, where you can download Islanded DRM-FREE. All the updates will be posted there from now on.

Islanded was originally created using Unity 3. Then was developed with Unity 4. And now is running on Unity 5. But why?

Unity is the platform where Islanded is being developed. As any other software, Unity gets updates to fix issues and improve the content available. A few days ago Unity 4.7 was released to finally close the 4th generation of Unity, which means that all games made in Unity 4 will no longer receive support or fixes on the main engine.

If a game using Unity 4 is already finished this will not affect at all, but games like Islanded (in active development) need to be developed in a up-to-date platform, or they will never progress in performance like newer games.

This is why Islanded was ported from Unity 4 to Unity 5, and this is why it took so long to release the Beta version. From now on, time between updates should be much lower, and updating the game should be much easier.

If this was a normal update, in this post it would appear the most important changes and additions to the game, but this time it will be a little different, because all you know about Islanded changed at least a little.

Don’t get me wrong, Islanded is still the same game, but the UI, Icons, Inventory system, Build system, Water, Sky, Terrain, etc. are in some way different. And, more importantly, now are easier to change and improve for next updates.

All the following content it’s an small part of the Beta update that will develop to the full potential in following updates.

You may have noticed that regular updates (not this one) take between 1 to 3 months to be completed during the Alpha stage. Beta should change that to an average of 1 month between updates.

Instead of big changelogs and intensive remodelations during Alpha, Beta will update more often with minor changes, but with more added content, as the core game is already fully working and configured.

The splash screen, main menu, options, credits, etc. are all totally new. Instead of using a small portion of the screen, the interface now uses the whole screen to display more information that is relevant to the player, with easier to use buttons and scroll lists.

Also, now in the menu there is a news section that will update automatically, displaying last changelogs of new updates and relevant news. This way you can be informed of new stuff without leaving the game or checking the website each time.

To go along with the new update policy, in the top-right corner of the main menu there is an update checker that will search if there are new versions available to download and play, displaying the information directly inside the game. 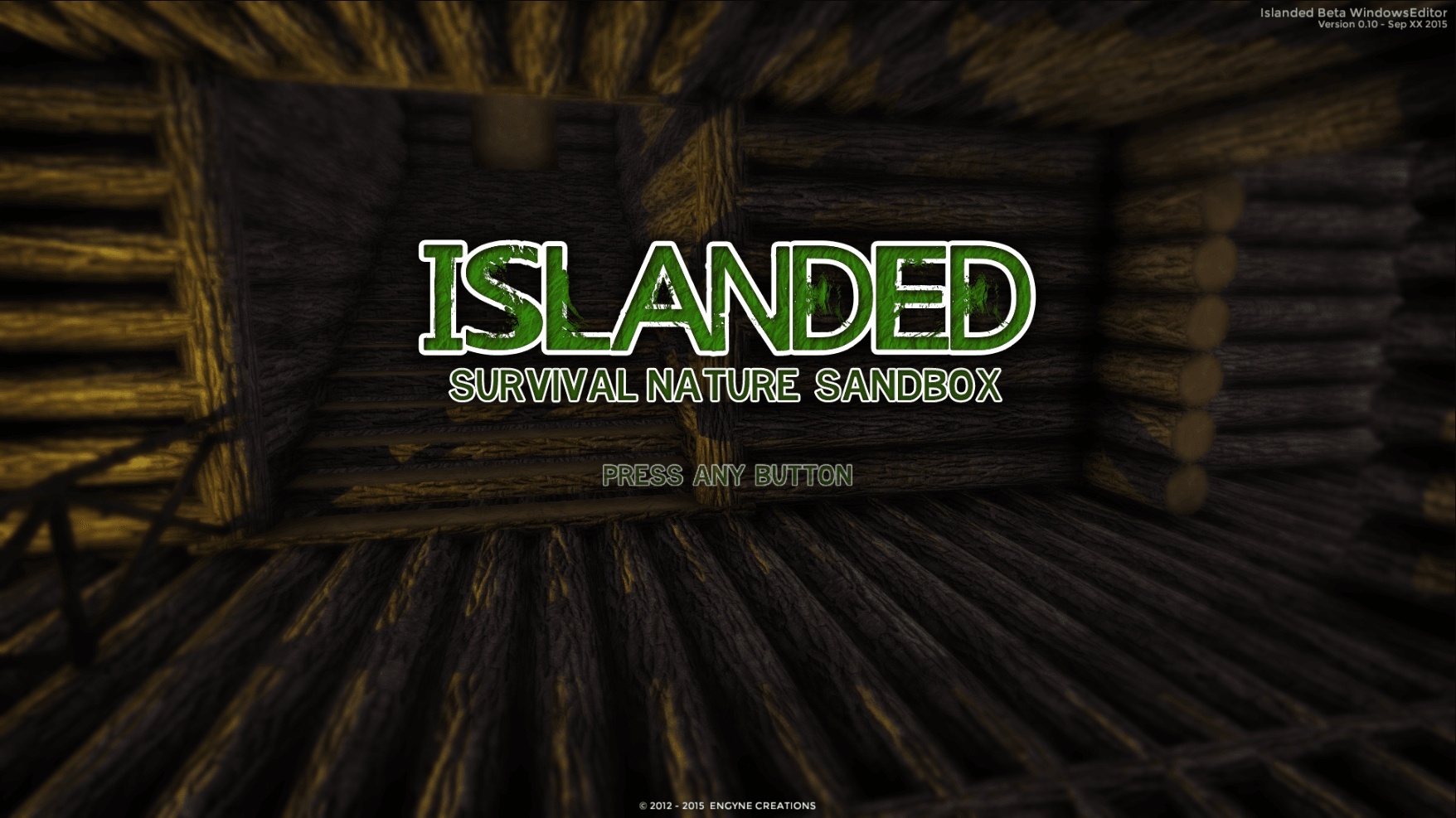 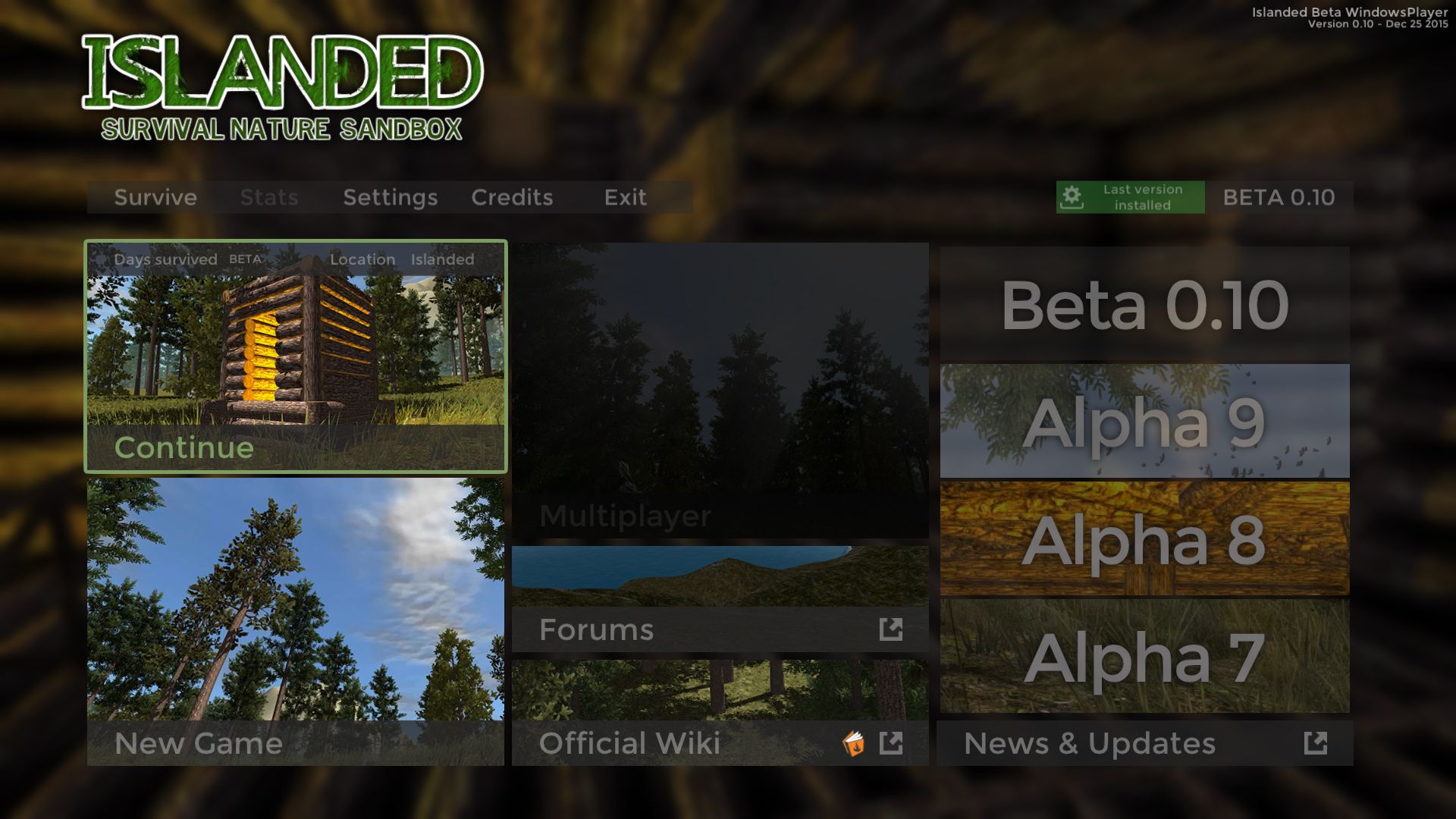 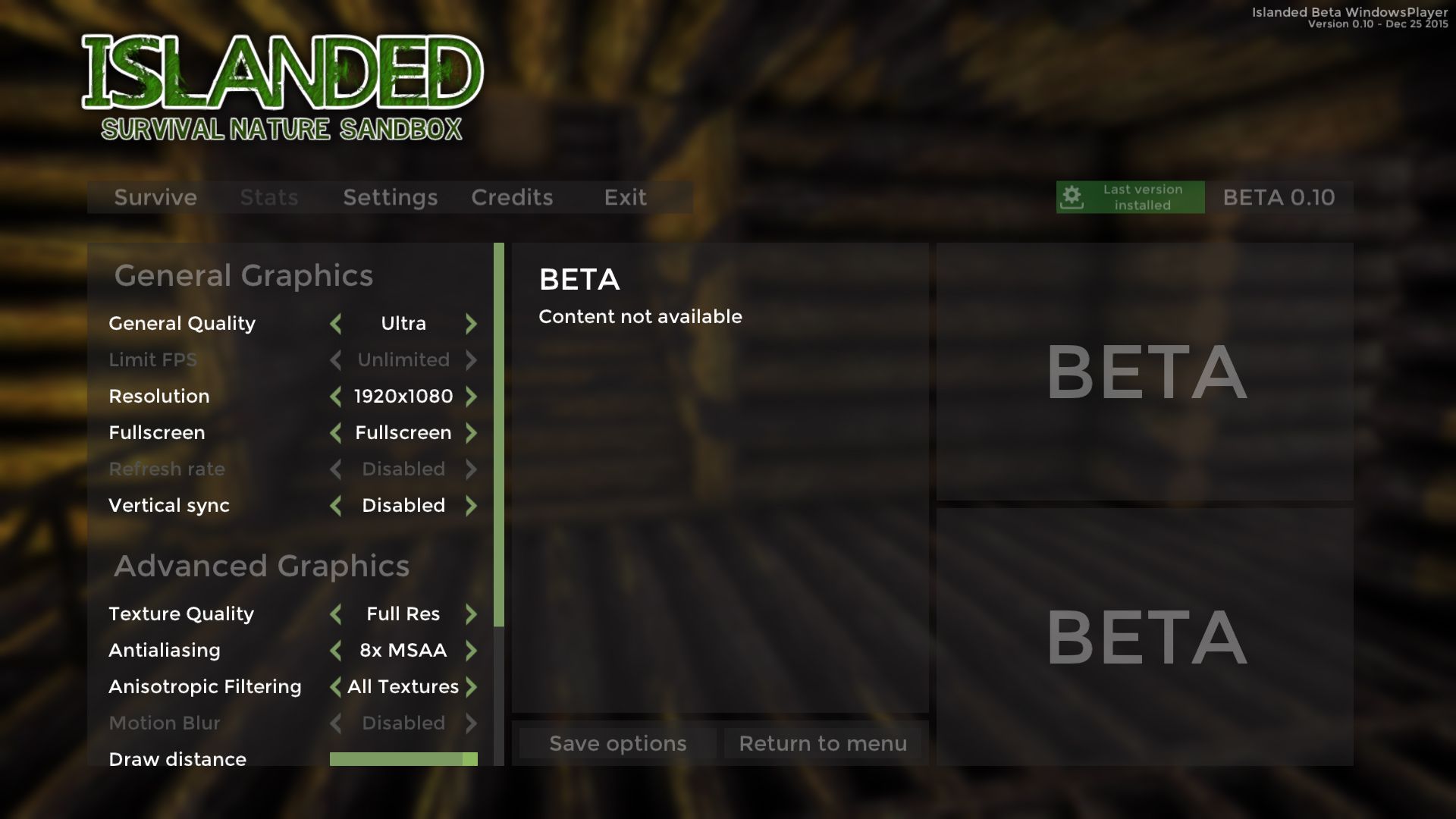 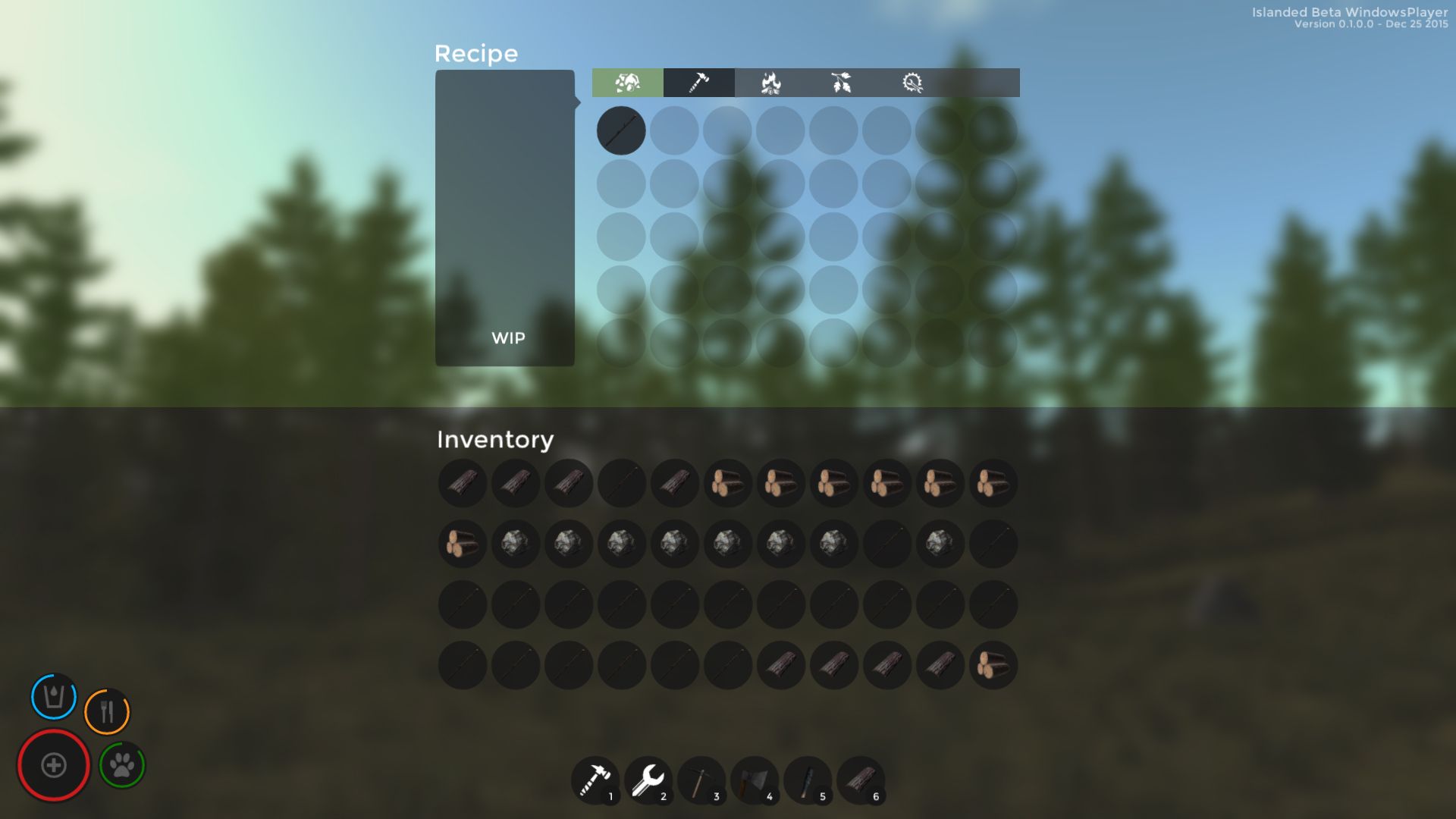 Like the inventory, the build system changed, and will change again during Beta. Two temporal tools have been added to build and upgrade current constructions. Just follow the tutorials that will appear in-game. 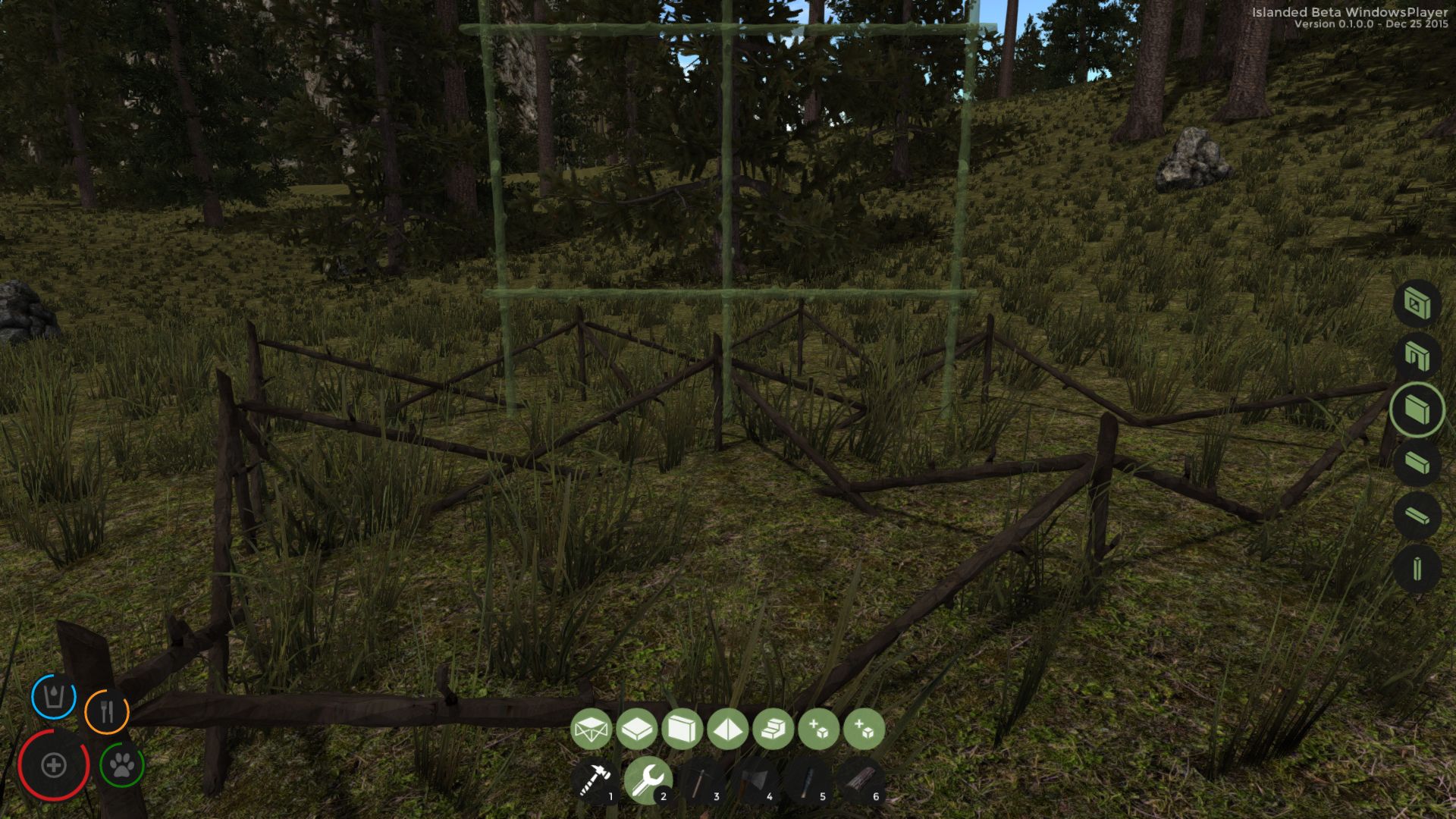 Going form Unity 4 to Unity 5 has some good outcomes. One of them is the huge improvement on performance. Not only the whole world renders faster, but the drawcalls by builds and objects are enormously reduced, and will give a huge boost on FPS in worlds filled with buildings. 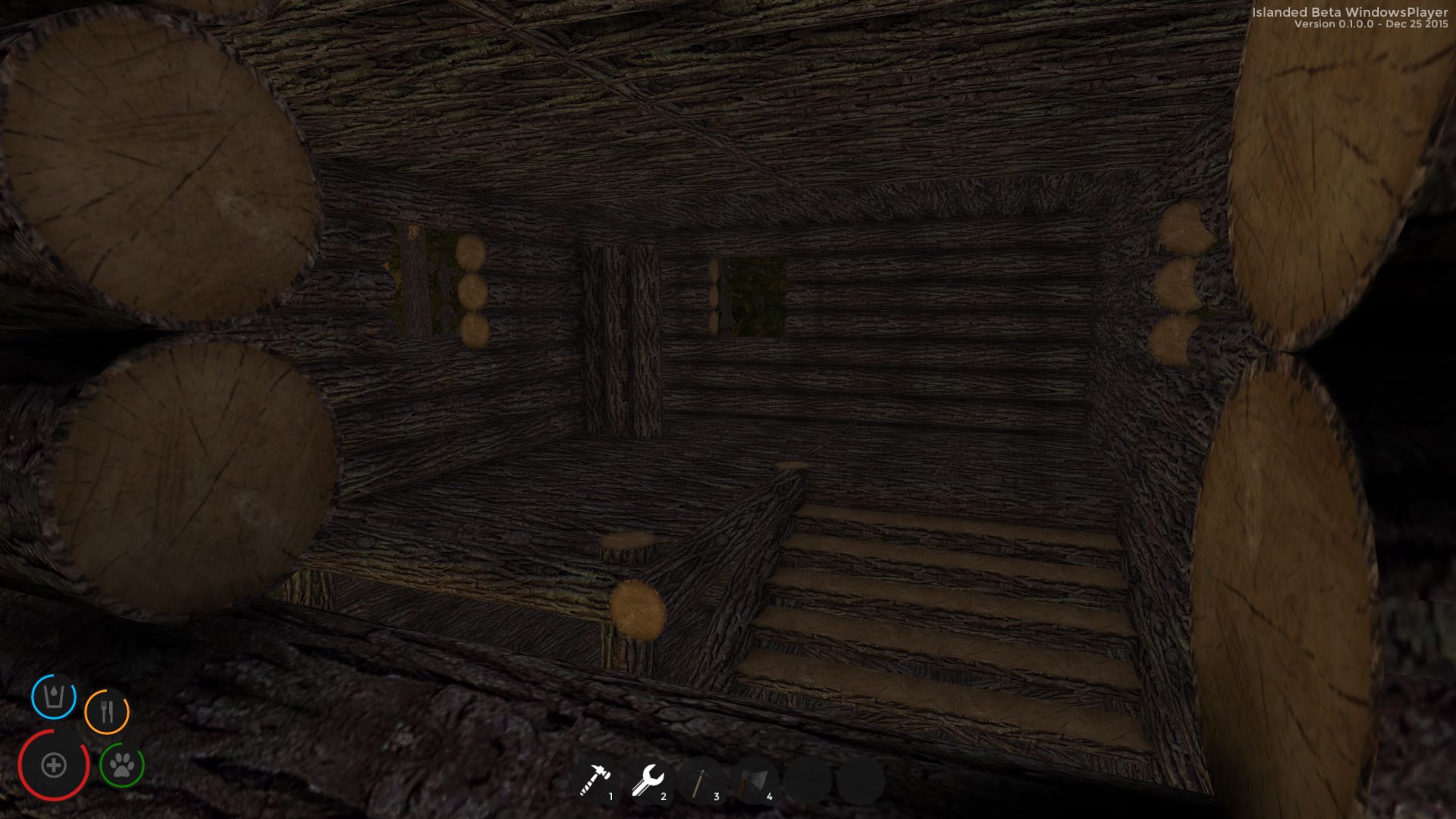 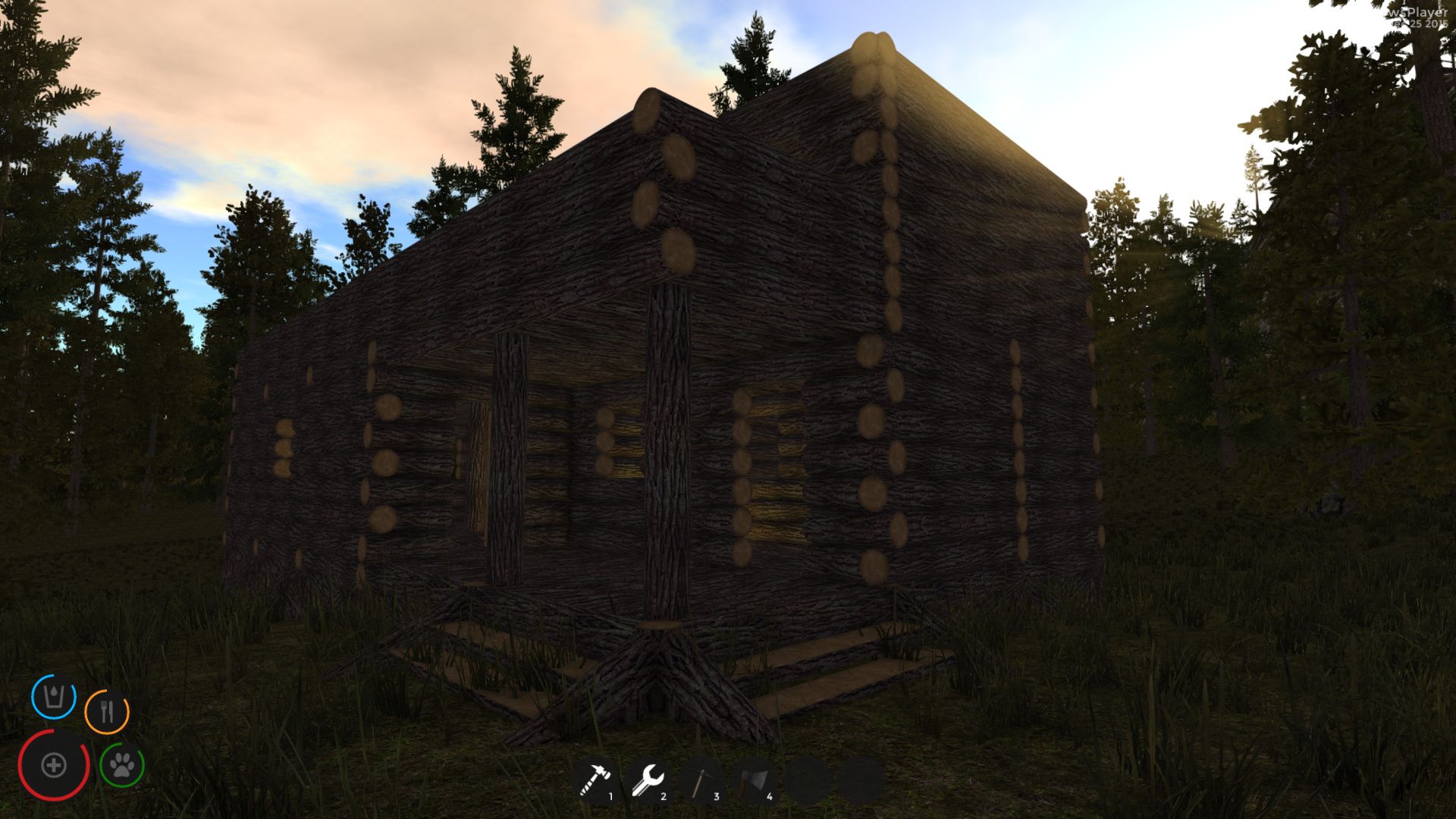 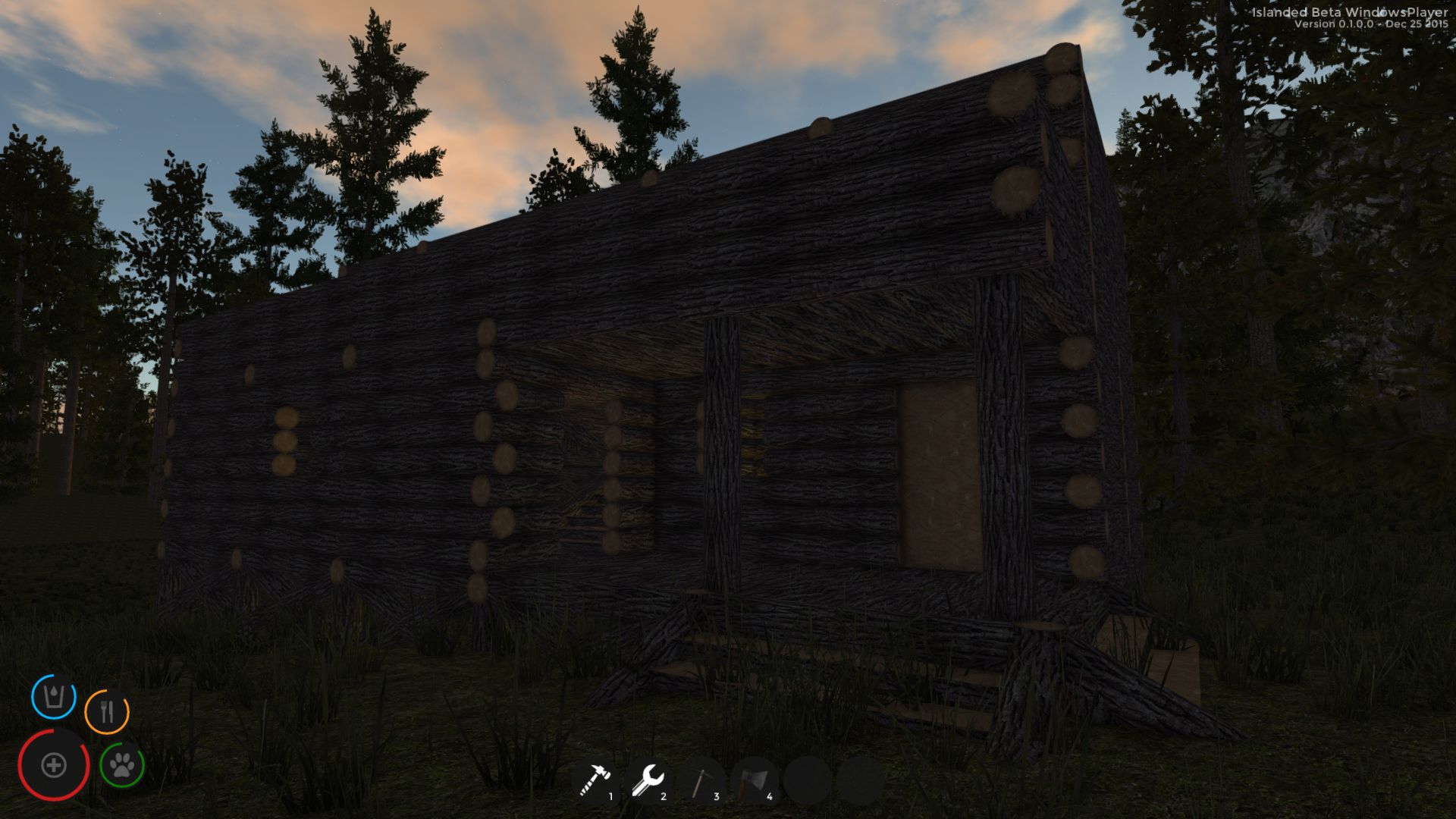 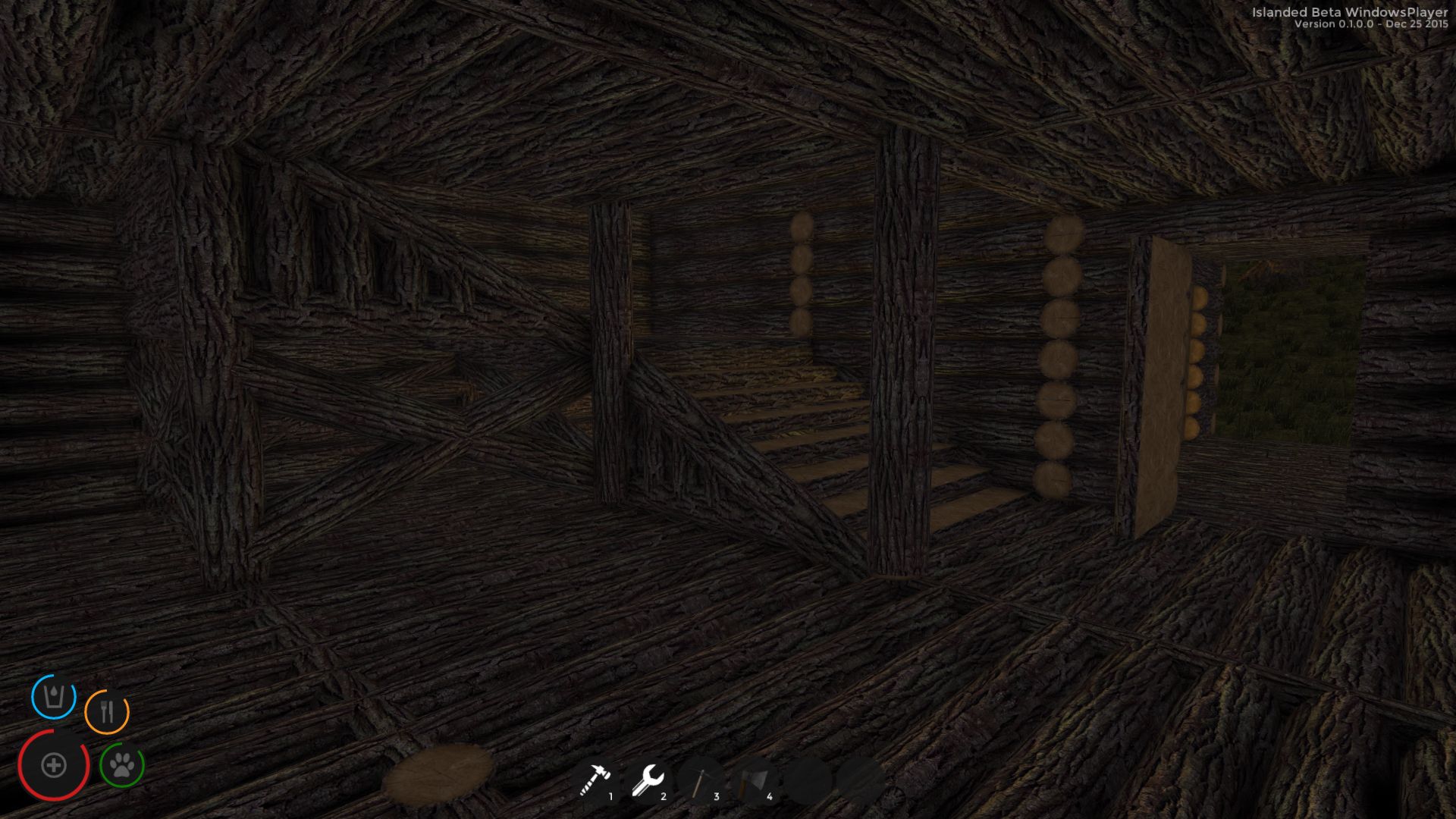 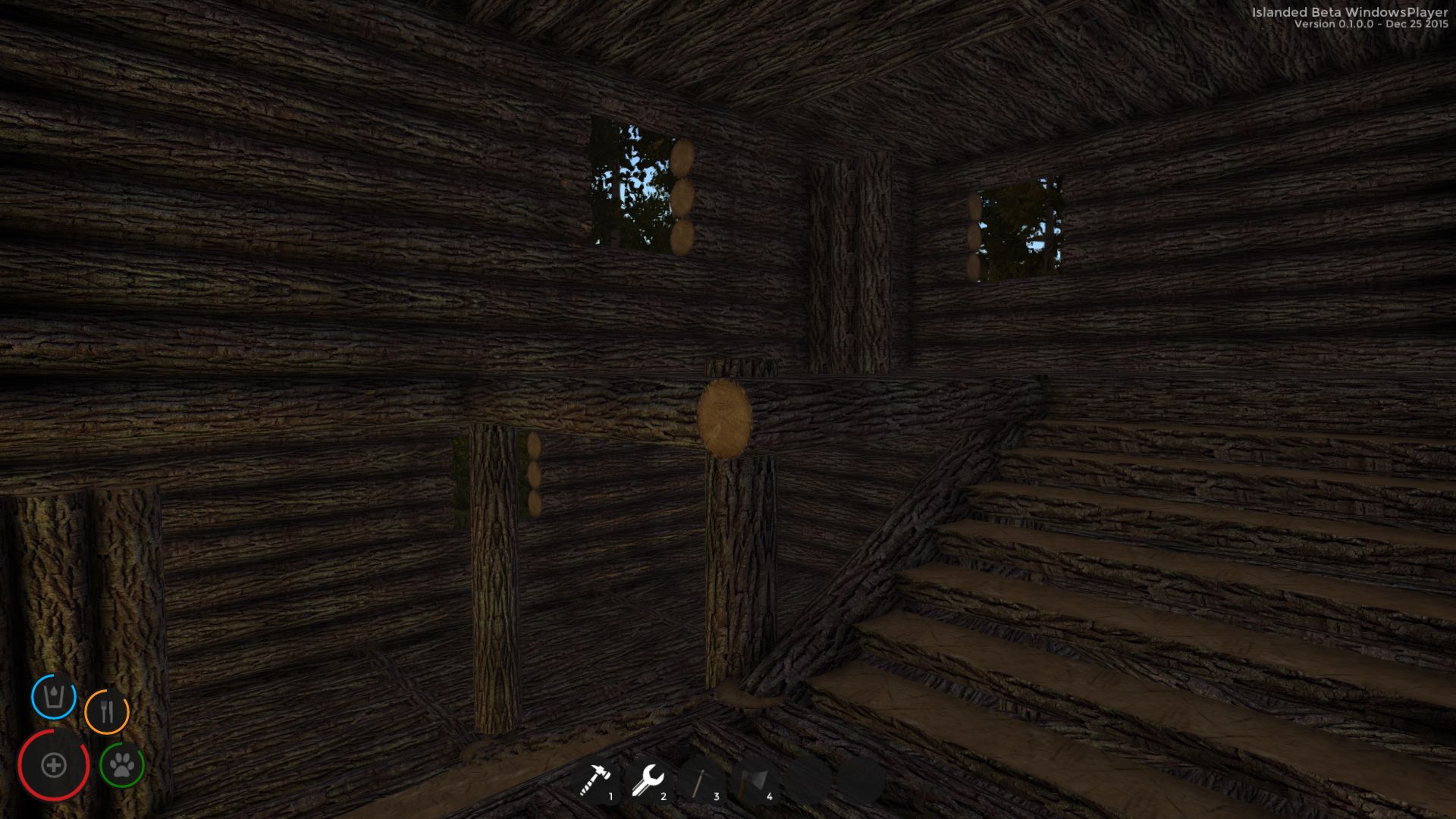 Thanks to a lot of requests, a tutorial will now appear each time you use a new feature. Just press F1 when the book icon appears on the top-left corner of the screen. It will display some info on how to use that feature you just selected. Tutorials can be deactivated on the options menu. During testing, a new in-game console has been added to the game to improve the experience to the creative players out there. Just press ~ during a game session, and a console will appear. Right now, the only command available is unlimited on that will activate unlimited resources to build whatever you want. 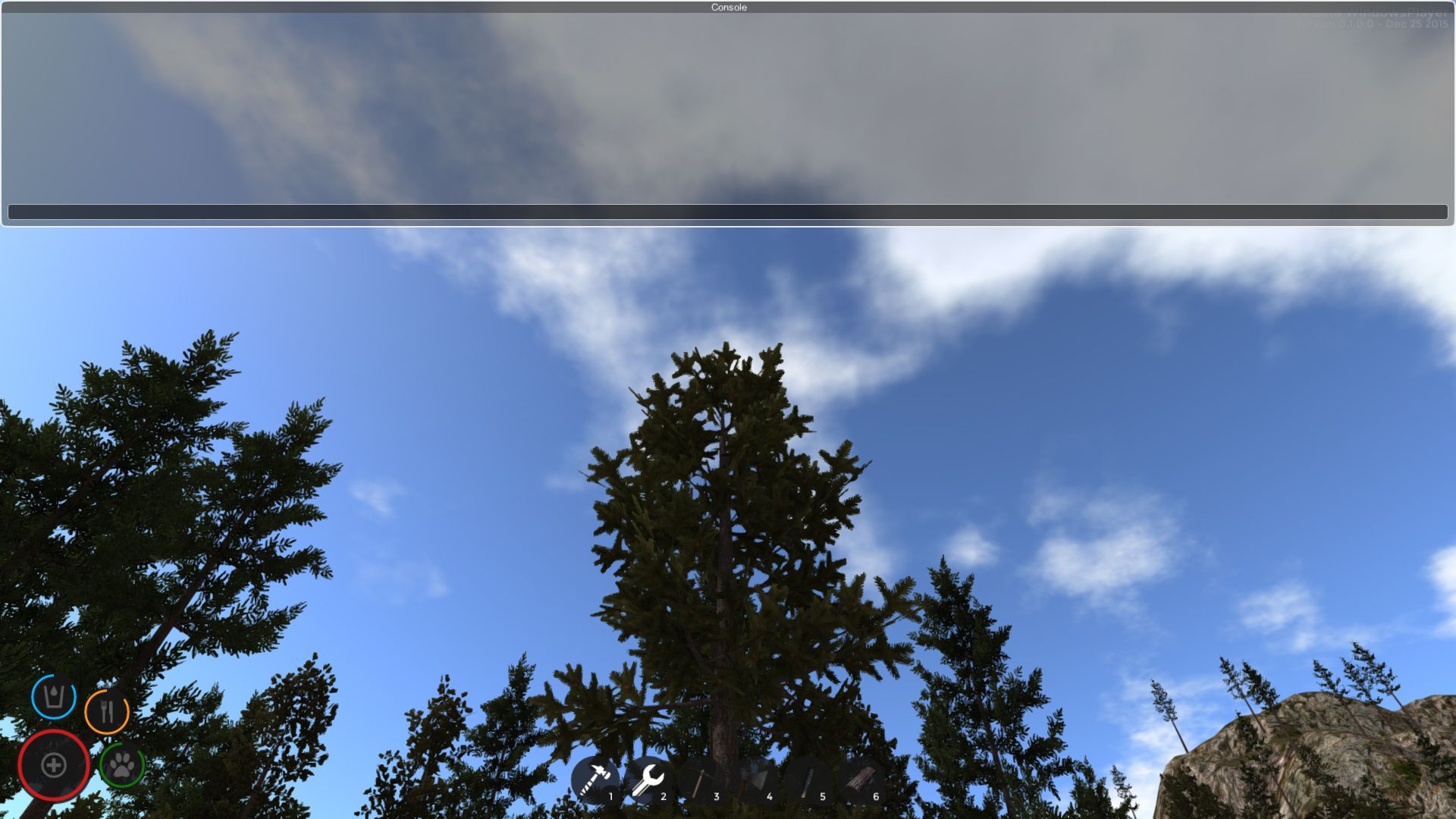 As you would expect, any saved content from Alpha versions will not work on Beta. An alert will appear on the main menu if the game detects any Alpha saved content, blocking the option to continue until that files are removed.

Just hit New Game to create a new save file.