In this update there has been some substantial changes. First of all, here is the video that covers all the important changes on this update.

Finally both day and night are implemented into the game. With this new system not only the time will change, but it will also affect the calendar, changing days in-game, and therefore the position of the sun and the moon in the map.

Now there are also moon phases and different levels of illumination. A day will last 20 minutes in real time, of which 15 will be sunny. In upcoming updates wind and sea tide will be affected by weather, and rain will be added, with other weather events. 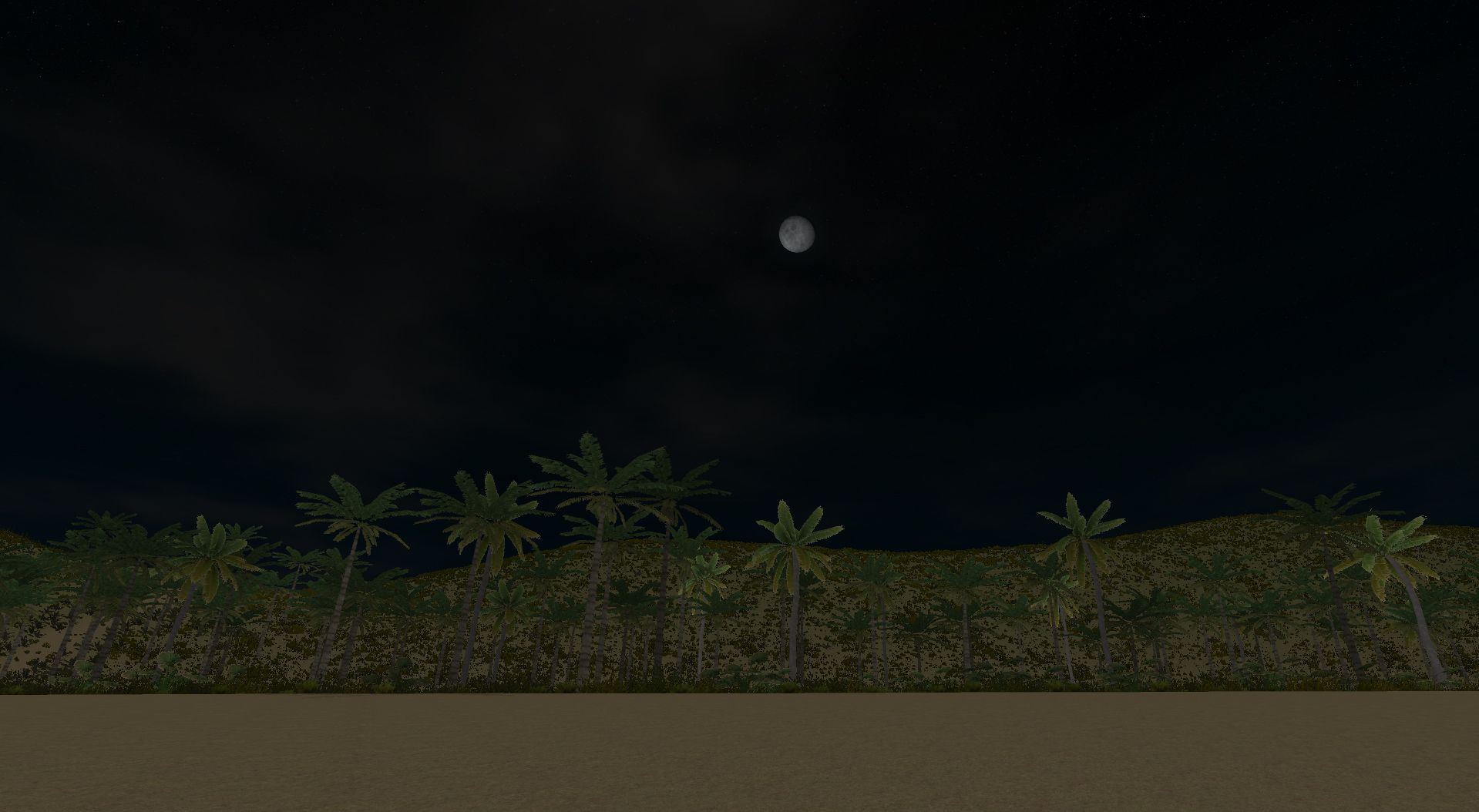 Out with the old, in with the new. The terrain of the island is brand new and the old terrain has been totally replaced.

The old terrain had problems with the rendering, meaning that high resolution textures were not possible to render at all. This issue and other smaller ones ended up making me upgrade the terrain to improve it’s quality, and therefore performance.

This upgrade basically eliminates the old island terrain that will be replaced with a new one created from 0, which actually consists of two big and general islands with a small one in-between.

For now, only half of the terrain (one island) has details and trees, because the new terrain will take a little longer to finish. 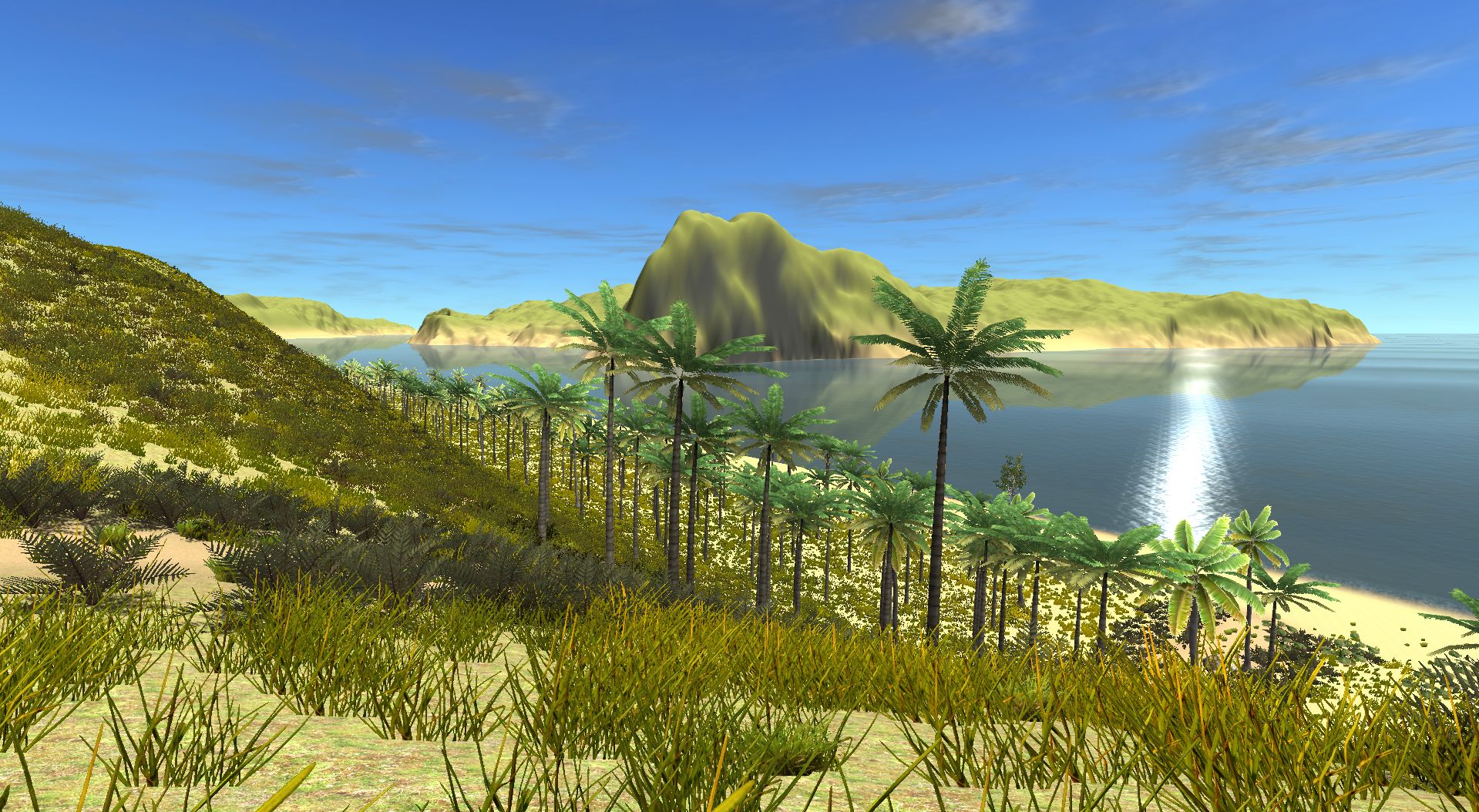 As of next version there will be one test wind zone that will be placed in the beach of the main island. Thanks to wind zones, the trees and other animated objects will be affected by the wind direction, making the game look and feel more real.

Wind Zones will also affect the temperature of the zone, which will directly impact the player.

Replacing the islands helped to change the water surrounding the terrain. With this new system, the sea now has waves (that affect the player movement while in water) which will also be affected by the moon phases, like in real life 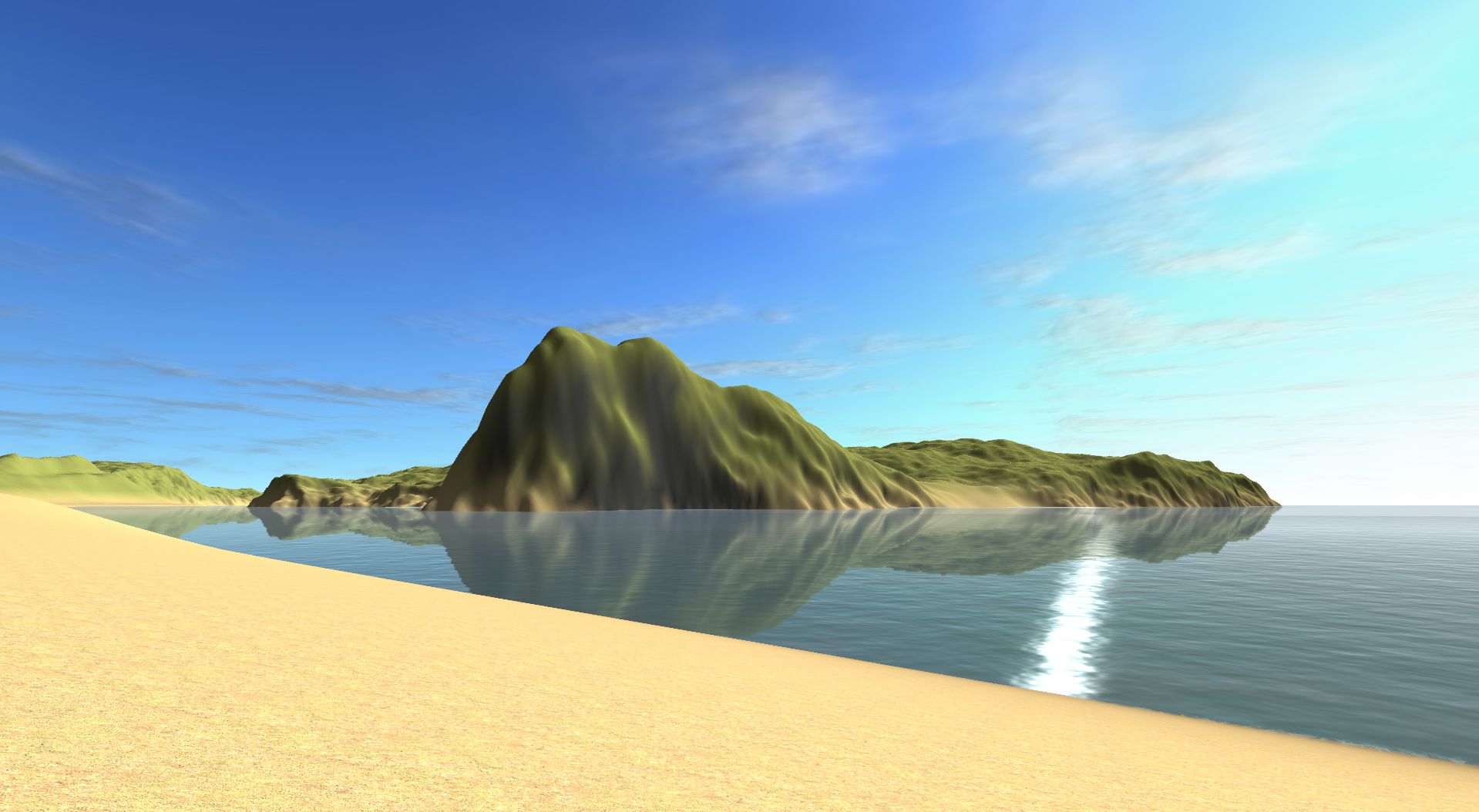 This post is a revised version of the original, available at IndieDB.